Dang brings over 27 years of credit union experience to her new role as president/CEO of floridacentral. She started her career in credit unions in 1995 at Gulfstates Credit Union ($37 million, Maitland, Fla.) as a staff accountant, and in 1997, was named comptroller at Seminole Schools Federal Credit Union in Samford, Fla., where she later became vice president of operations. Seminole Schools FCU merged into CFE Federal Credit Union in 2015, which changed its named to Addition Financial in 2019. 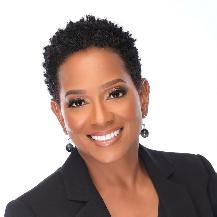