While no one knows how big the wave of losses will be, CU executives are taking steps to prepare for rough waters ahead.

Last fall, the $7.9 billion Patelco Credit Union conducted a roundtable disaster planning test to prepare for a pandemic. Susan Gruber, CFO for the Dublin, Calif.-based credit union, was quick to point out that it was purely a coincidence.

“We debated whether or not to do a pandemic, because why would we ever do a pandemic? Normally we do an earthquake or something of that nature, which just seemed at the time more realistic,” Gruber said. “But we were able to take some learnings from doing a pandemic roundtable, and I think that helped us.”

Gruber and other credit union executives shared their insights on how they are preparing for the wave of loan defaults, delinquencies and bankruptcies that is bound to come later this year and next year because of the COVID-19 health and economic crisis. But no one really knows how big that wave will be. What’s more, to mitigate loan losses, they said it may be a good time for credit unions to explore expense reductions, such as renegotiating vendor contracts, which can save millions of dollars.

Like many credit unions, Patelco has been placing more funds in its provision for loan losses account, increasing the amount from $1.1 million a month to $3.4 million a month in the hopes that it will be enough to cover what Gruber expects to be materially higher losses in 2021. Beyond that, the credit union’s projections are murky.

“One thing we do see is that our losses will be less in the fourth quarter than we originally thought,” she said. That’s because its second round of requested deferments will be lower than its first round, which are granted to any member who asks. For a second deferment, Patelco is requiring members to prove financial hardship.

Although the credit union’s mortgage and refi business is booming and its car lending activity has bounced back after a temporary lull, no one knows how long these successes will last because COVID has created so much economic uncertainty.

“We are seeing large companies that cater more to white-collar workers – Uber, Lyft and other ones that just announced layoffs – which we believe are going to hit a section of the population that didn’t really get hit the first time,” Gruber said. “We’re thinking that perhaps in this second round we may see layoffs of more white-collar positions, which we’re seeing as our biggest risk because they are homeowners and they are more of our borrowers.”

“Member business loans are very worrisome to us because of the size per loan,” she said. “It would be very unusual for us to do a participation loan for less than $5 million. But when you have companies that have office buildings and their people are working from home and then the companies may never need that space again, that is certainly worrisome.”

The $2.8 billion Ascend Federal Credit Union in Tullahoma, Tenn., is a direct member business lender and currently manages a portfolio of 168 commercial loans totaling $141 million, according to its second quarter Call Report.

Williams said the credit union decided to initially handle loan payment deferrals on a short-term, one-on-one basis rather than a blanket deferral approach. This has allowed Ascend’s staff to work with the membership to understand their hardship and keep their contact information current.

“For members who need additional assistance due to job loss or income reduction, we have prudent workout procedures in place to assist,” he said.

Ascend is also partnering with a third party to handle early-stage delinquency contacts. If needed, this will alleviate some of the increased workload for the credit union’s collection staff and allow the team to focus on more complex situations. And should the need arise, Ascend also has partnered with several repossession agencies to handle a potential increase in repossessions.

The $3.5 billion SAFE Credit Union in Folsom, Calif., is also taking a proactive approach to keeping in touch with members, focusing on those that have loan deferments.

SAFE manages more than 57,000 new and used car loans, which account for about 43% of the credit union’s total portfolio. North of 15,000 of those vehicle loans are indirect.

Members were allowed to skip two payments. After that, members can request to pay 50% of their monthly car payment for up to three months, and if they need another three months, they are required to fill out an application.

“Now the member is at least paying me half of their payments, which gives them some breathing room, but it doesn’t get them out of the habit of paying the credit union,” Faye Nabhani, SAFE’s chief credit officer, explained. “I know from long experience if you get indirect members not used to paying you, it’s hard to get them back to paying you. But come three months from now, with my updated member information, I have a good way to reach those members because I want to help them. That’s the idea, keeping people in their cars.”

To counteract some of the expected loan losses, one expert recommended credit unions focus on aggressive expense reductions through automation, business process improvements and vendor management.

“One of the biggest problems is that credit unions don’t manage their vendor contracts, and it’s my opinion that credit unions waste millions of their members’ dollars every year,” said Mike Crofts, president of Maple Street Inc., a vendor management services firm he founded 17 years ago in Longwood, Fla. He now serves 180 credit unions and 40 community banks.

Crofts said big savings can be reaped from IT vendor contracts that include data processing, internet and mobile banking, debit and credit card processing, and branding agreements with Visa and MasterCard.

One of the biggest mistakes financial institutions make is not sending their vendors non-renewal letters for current contracts that should be renegotiated, he said. When credit unions don’t send the non-renewal letter, the vendor contract automatically renews under the old rates.

Those old rates are no longer competitive because typically the prices have declined, especially for services like debit and credit card processing, Crofts added.

“For one credit union, we calculated that if they had sent the technology vendor a non-renewal letter and negotiated a new contract, it would have saved them at least $600,000 over five years,” he said.

Credit union executives are also at a disadvantage when it comes to negotiations because they are unaware of the fair marketplace prices for vendor services.

“We’ve had several vendors tell us candidly that they have two price schedules. One is for credit unions when they negotiate contracts and the second is for consultants because vendors know that we know what the number is,” Crofts said. 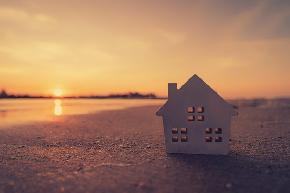 Mortgage Forbearances Fade Into the Sunset

MBA survey finds only 1% remain in plans, and repayments are improving.