Blinded by Greed: A Convicted Former CEO Tells All

Former CU CEO Richard Mangone discusses his criminal past, which led him to write a book, with CU Times.

Richard Mangone admitted he was an insufferable, self-centered jerk consumed by greed when he became one of the nation’s most successful credit union CEOs. Ironically, all that success, which garnered adulation, respect, power and trust from his peers, employees and board members, led to his downfall. On Sept. 12, 1995, Mangone was sentenced to 24 years in prison for orchestrating the largest credit union real estate fraud scheme, shocking the industry and costing it more than $45 million.

At that time, it was the longest prison sentence for a white collar crime ever handed down by a federal judge, who referred to Mangone’s criminal acts as “egregiousness, evilness.” However, for 18 months before he was sentenced he was on the lam because he feared dying in prison. While he was on the list of the FBI’s most wanted fugitives, Mangone had a “come to Jesus” moment that he said transformed his life, leading him to surrender and spend the next 18 years incarcerated in a medium security prison in Ray Brook, N.Y., with other dangerous criminals and plenty of time to think. 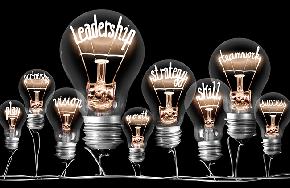