We Wanted Safer Banks, But We Got More Inequality

“Post-crisis monetary and regulatory policy had an unintended but nonetheless dramatic impact on the income and wealth divides." 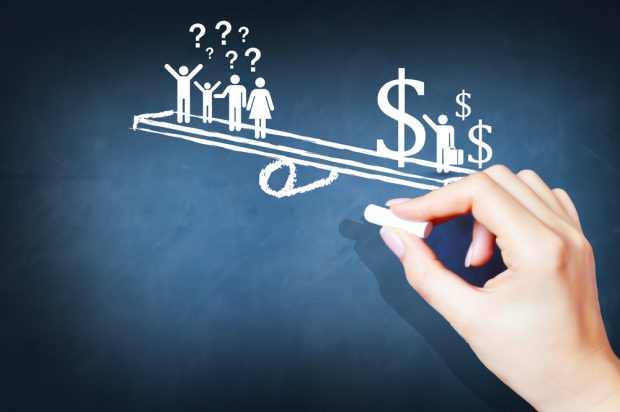 A few years ago, one of Karen Petrou’s banking clients gave her an unusual assignment: It wanted her to write a paper laying out “the unintended consequences of the post-financial-crisis capital framework.” Petrou is the co-founder of Federal Financial Analytics Inc., a financial services consulting firm in Washington that focuses on public policy and regulatory issues. She is also, as the American Banker once described her, “the sharpest mind analyzing banking policy today — maybe ever.” Whenever I’m writing about banking issues, she’s the first person I call.

Writing that paper caused Petrou to ask a question she’d never really considered before: Did the bank regulations enacted after the 2008 crisis — along with the Federal Reserve’s post-crisis monetary policy — exacerbate income inequality? Her answer, which she laid out in a series of blog posts, as well as a lecture at the New York Federal Reserve in March, was yes. “Post-crisis monetary and regulatory policy had an unintended but nonetheless dramatic impact on the income and wealth divides,” she wrote recently.

That particular sentence was in a blog post devoted to a recent study by the Federal Reserve Bank of Minneapolis that evaluated income and wealth inequality from 1949 to 2016. The study certainly seems to validate her thesis. It shows that between 1989 and 2007, the top 10% increased their share of the nation’s wealth by just 5.8%. But in just the next nine years, between 2007 and 2016, the richest Americans captured an additional 8.3% of the country’s wealth. Meanwhile, those in the 50% to 90% wealth bracket saw their share of the nation’s wealth drop by 17%, and those in the bottom 50% saw a 52% drop. The single biggest variable that changed after 2007 was the way banking was conducted and regulated.