Im a huge fan of The Walking Dead. I loved the comic series, and Im pretty much addicted to the AMC television series it produced. The Walking Dead will soon wrap up its third season, and weve seen our cast of characters go through quite a lot. At times, they...

By Tonya Knudesn | February 20, 2013 at 07:00 PM | The original version of this story was published on Credit Union Times Magazine
X

I’m a huge fan of “The Walking Dead.” I loved the comic series, and I’m pretty much addicted to the AMC television series it produced. “The Walking Dead” will soon wrap up its third season, and we’ve seen our cast of characters go through quite a lot. At times, they grow by bringing in outsiders. At times, they shrink because…well, because a zombie ate one or two of them.

Zombies are a pretty big cultural phenomenon right now. Between dozens of movies (“Warm Bodies,” the upcoming “World War Z”), video games (“Left 4 Dead,” “Resident Evil”) shows and, yes, even a song or two. Jonathan Coulton’s “Re: Your Brains” tells the story of a group of zombies led by a mid-level office manager zombie who, very politely, ask to eat their co-worker. 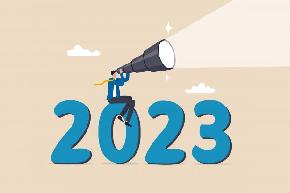