Breaking NewsCUTimes.com will be offline for scheduled maintenance Saturday July 24 5 AM US EST to 8:30 AM EST. We apologize for the inconvenience.

Credit unions that have been recognized by the U.S. Treasury Department as community development financial institutions celebrated a significant victory at the end of the 2008 appropriations cycle. For the first time in almost eight years, Treasury's CDFI Fund saw an increase in congressional appropriations.

By David Morrison | January 08, 2008 at 07:00 PM | The original version of this story was published on Credit Union Times Magazine
X

WASHINGTON — Credit unions that have been recognized by the U.S. Treasury Department as community development financial institutions celebrated a significant victory at the end of the 2008 appropriations cycle. For the first time in almost eight years, Treasury’s CDFI Fund saw an increase in congressional appropriations.

The large omnibus spending bill that Congress passed in December included $94 million for the fund. This is the first time since 2001 that Congress has increased the fund’s appropriations, according to the CDFI Coalition, an organization of community development financial institutions.

Board members also approve a request for information from CU leaders concerning the use of digital assets.

NCUA to Propose Complex CU Ratio at Next Board Meeting

Three items are on the agenda for the final NCUA board meeting of the summer. 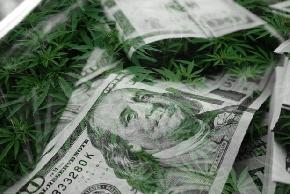 The proposed bill would remove many regulatory burdens from U.S. pot companies, allowing them to have bank accounts and loans.

Millennials are the largest and most educated demographic group. This presents a huge opportunity for forward-thinking credit unions to gain market share through personalized advice and guidance. Download this white paper to learn more.