Star Employee-Seeking Credit Unions: It’s Time to Up Your Game

The old pick-up lines employers have been using aren’t going to cut it, because job-seekers are tolerating a lot less these days.

Has anyone else noticed that the pandemic caused their social circles to shrink? Everyone’s circumstances are different, of course, but from my perspective it seems that the number of fair-weathered friends and acquaintances one has – the types of people you may run into at an event or bar, and engage in surface-level conversation with – has dwindled. This is mostly because the past 16 months have presented little to no opportunities to visit such events or bars, leaving us with more time to invest in the people we’re closest with. It’s also because recent events have led us to form strong opinions on big issues, like social justice and what behaviors are considered risky during a pandemic, leading some to distance themselves from individuals who have exhibited opinions and behaviors that they can’t respect.

With true colors being revealed and toxic and/or unfulfilling connections being eliminated, people are simplifying their lives and reprioritizing who deserves to be a part of them. And it seems that they’re feeling the same way when it comes to their jobs.

According to the Bureau of Labor Statistics, approximately four million U.S. workers quit their jobs in April 2021 – the highest number ever recorded since the BLS began reporting the data in December 2000. Some of the common employer behaviors that have triggered resignations, based on anecdotal evidence, include: Forcing workers to come back into the office, stealing away the time they’ve been able to carve out for healthy habits like exercise and hobbies; refusing to accommodate workers who request flexibility to attend to childcare or other family-related needs; not offering ­competitive enough wages; and not doing enough to protect onsite workers from contracting COVID-19 on the job. 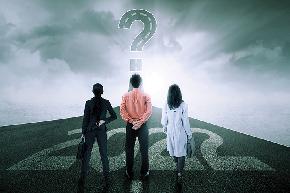 What Are You Doing Next Year?

Credit unions' 10- and five-year plans have been whittled down to a short-term outlook in a pandemic-filled fog. 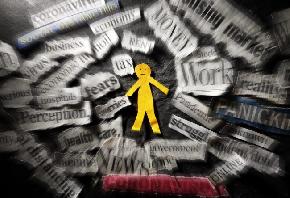 Coping With What Just Happened

To make a real difference in the communities they serve, CUs must consider inequality from multiple and unexpected angles.