Leaving NASCUS, Ito Has 'No Regrets'

CU Times sits down with 32-year credit union veteran Lucy Ito, who will step down as CEO of NASCUS later this year.

Since 2014, the National Association of State Credit Union Supervisors (NASCUS) has been led by Lucy Ito. She quietly entered the credit union universe 32 years ago fresh out of grad school at the University of Wisconsin – Madison when she answered an ad in the local newspaper for a research assistant at WOCCU just a few miles from campus.

As she put it, once she absorbed the knowledge of what credit unions were all about and what they stood for, she was in. And now, more than three decades later, she’s retiring at the end of this year. Ito made the announcement in May after giving the decision a lot of thought during months of quarantine at her California home with her husband Rob. After years of splitting her time between California and her work in Washington, D.C., in what she called the “bi-coastal cha-cha-cha,” she’s ready to enjoy her time with her husband and continue perfecting her homemade granola recipe.

Is Data Education the Key to Credit Unions’ Survival?

Aux teams with THRIVE to teach credit unions the cultural side of data strategy as they implement analytics technology. 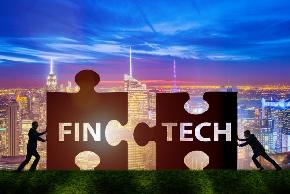