As the first DEI vice president for VyStar CU, Allie Braswell wasted no time and has already reached several milestones.

Allie Braswell had an unhappy but life-changing experience at the happiest place on earth, Walt Disney World and Resort in Orlando, Fla. It was 1974 when the teenage Braswell was enjoying what was then the Grand Prix Raceway ride.

“The cars get bumped because everybody’s coming in at different speeds. I got bumped and I bumped into the car in front, and when I exited the vehicle, there was a white man and his son standing over to the side,” Braswell recalled. “And as I walked by, he approached me and grabbed me in the back of my neck and used the terrible epitaph, the terrible word, the N-word, and said that if I ever hurt him or his son, he would hang me.” 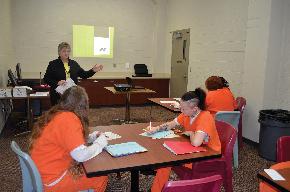 5 Ways HR Leaders Can Prioritize DEI in the Workplace

The journey to building a diverse workforce starts with laying out a path.