There’s Still a Gaping Hole in the Economy

Add up the numbers from June’s jobs report and they remain miles from the pre-pandemic normal.

June was another big month for job growth as employers called back workers from coronavirus-induced layoffs. (The unemployment rate fell to 11.1% as the economy added 4.8 million jobs in June – ed.)

As a resurgence of the disease in the U.S. raises lots of questions about whether the growth can continue, though, I thought it might be informative to take a look back. That is, rather than focus on what happened in June, let’s add up what has happened to payroll employment since February, when this strange, awful adventure began.

“There’s still a lot of hardship and heartbreak in these numbers,” White House economic adviser Larry Kudlow said in an uncharacteristically sober reaction to the jobs report. Indeed there is. Nonfarm payroll is down by 14.7 million, or 9.6%, since February, on a seasonally adjusted basis. Every one of the 11 supersectors into which the Bureau of Labor Statistics divides the U.S. economy employs fewer people than it did then, although for some the damage has been far worse than for others.

Employment in financial activities — aka the finance, insurance and real estate sector — has so far been only modestly affected. The leisure and hospitality supersector has, not surprisingly, been by far the hardest hit.

Get down to narrower industries, and there are some interesting standouts. I’ve ranked the worst-hit here by percentage losses rather than jobs.

The motion picture industry numbers include theaters as well as production. Although employment in making movies and television shows will surely come roaring back soon — there are logistical issues in working around Covid-19, but it’s not like demand for the product has gone down — jobs at movie theaters may not. The same goes for sports leagues that are starting to put their players to work again for TV audiences but won’t provide anywhere near the usual level of ancillary employment until spectators are allowed to come back. Most of the other sectors in the above list similarly can’t expect to return to February’s employment levels until the coronavirus has ceased to be a major threat.

Finally, here’s the select list of gainers, only a few of which have added enough jobs to be of more than curiosity value (which is why I’ve gone back here to ranking by number of jobs added rather than the percentage gain):

Add up all the jobs gained at superstores, supermarkets and package deliverers — the big winners in a stay-at-home economy — and it gets you to just 9% of the job losses at food services and drinking places. The U.S. economy isn’t really coming back until everybody thinks it’s safe to go out to eat again.

Copyright 2020 Bloomberg. All rights reserved. This material may not be published, broadcast, rewritten, or redistributed. 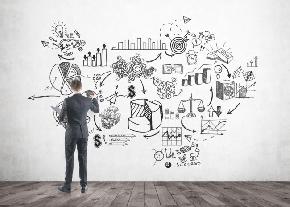 And When It’s Over: Credit Union Normalization in a Post-COVID-19 World

A sale leaseback strategy can generate financial and accounting benefits that absorb up to 100% or more of your CU's COVID-related costs.