The Paycheck Protection Program Flexibility Act that passed the Senate Friday and was signed into law by President Donald Trump the same day is intended to provide businesses with more time and flexibility to keep their employees on the payroll.

While SBA, in consultation with Treasury, will promptly issue rules and guidance, a modified borrower application form, and a modified loan forgiveness application implementing the new legislative amendments to the PPP, Veena Murthy, a principal at Crowe LLP in Washington, says immediate guidance is needed in one area.

In a Monday comment, Murthy, who joined Crowe in January from the Joint Committee on Taxation, where she was legislation counsel and advised the House Ways and Means and Senate Finance committees on tax policy including the 2017 tax reform and the Secure Act, explained that the changes to the PPP as part of this new law “allow existing borrowers to keep the 8-week period for their loan, rather than the law’s change to a 24-week period.”

Treasury and SBA, Murthy said, “need to put forth guidance on this IMMEDIATELY so that these borrowers can make a decision. If the point of the law was ‘flexibility’ then keeping the 8-week period should mean the borrower can also keep other aspects related to that period on which they’ve been making decisions all along.”

SBA and Treasury laid out how the modifications enacted Friday will implement the following changes:

What are Member Scores and How can they Improve Member Experience? 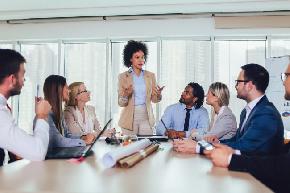 Whether you want to add new digital channels or get the most from channels you’ve already deployed, this ebook details 5 steps you can take on your journey to master digital engagement and ensure your CU is prepared for the future.

Download this white paper to learn how to position your CU to thrive well into the future by providing lifestyle banking services, regaining the primary financial relationship with your members and accelerating digital capabilities.