In addition to notifying impacted users, State Farm says it reset all passwords for breached accounts.

A State Farm spokesperson told ZDNet the company discovered the credential stuffing attack on July 6, 2019. The company, which filed a data breach notification with the California Attorney General, and on August 7 sent out “Notice of Data Breach” emails to affected online account users, did not reveal the number of impacted accounts.

75% of large employers cite misinformation and vaccine hesitancy as barriers to boosting vaccination rates among their employees. 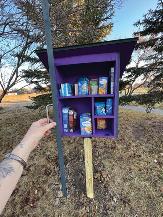