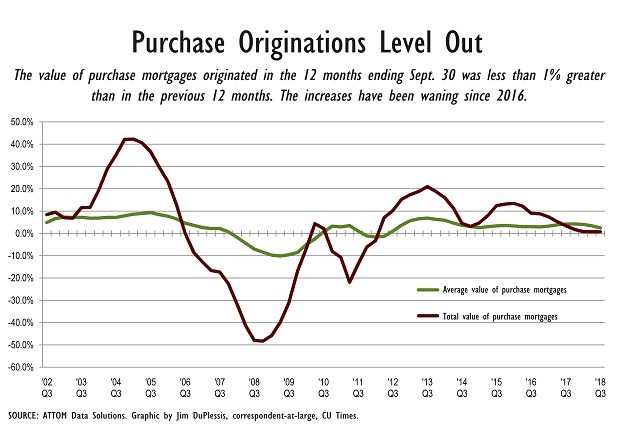 The value of purchase originations fell in the third quarter—only the second time the value of new mortgages was lower than a year ago since June 2011, according to a report released Thursday by a Los Angeles-area property analytics company.

The number of purchase originations has fallen each quarter on a year-ago basis since the second quarter of 2017. In the third quarter they fell 2.4% to 892,760.