CU Times presents a few nuggets of wisdom and knowledge from a recent conference that might be helpful to you, too.

So many credit union conferences take place every year that it’s hard to choose which ones are worth attending – especially for a CU Times editor, since it means taking time away from what can often feel like a round-the-clock job and dealing with the hassles of travel.

A couple of weeks ago, I attended a smaller conference that was well worth the effort, and not just because it took place in one of my favorite Southern cities, the historic and haunted Savannah, Ga. I kicked off CU Business Group’s 2018 National Business Conference with an interview with CUBG CEO Larry Middleman, where I learned that while credit unions servicing businesses are doing great on the lending side, they’re still working to build business deposits; plus, many have business members with small loan requests (see page 6 for the full interview).

As CU Times typically does at conferences, I covered a few breakout sessions led by a credit union manager or executive, who shared a “here’s how we did it” success story (in this case, one was on how a credit union grew business deposits through remote deposit capture sales, and another on how one maintained a relevant commercial lending program despite its small size). One aspect of the conference I haven’t yet covered (and admittedly fail to at most conferences), is a compilation of those “aha” moments – little nuggets of wisdom or knowledge that are usually presented during a general or keynote session. Here are a few that stuck with me from the National Business Conference that will hopefully be useful to you, too.

Going into one keynote session, “Leveraging the Credit Union Difference in Business Services” featuring National Credit Union Foundation Executive Director Gigi Hyland, I assumed it would be sort of a 101 course on what a credit union is for attendees who work in commercial lending for a credit union and were recently hired from outside the industry. But I was pleasantly surprised to learn some fun facts during Hyland’s hour-long talk.

First, I’ve always known Madison, Wis., as a hub for the credit union industry – CUNA, CUNA Mutual Group, the Filene Research Institute and several large credit unions are located there – but I always wondered, “Why Madison?” It turns out that in 1935, CUNA designated Madison as its headquarters because railroad was the primary form of travel, and that’s where many of the railway routes intersected, making it easier for people to get into town for meetings. That speaks to the fact that the industry’s pioneers must have made relationship-building and networking a priority, which still, of course, is a key to business and career success today.

Hyland also brought up a rarely-talked-about figure in credit union history, Louise McCarren Herring, who was known as the “mother of credit unions” and started more than 500 of them. She died in 1987, but her son, Bill Herring, is now retired and has some great stories to share about her, Hyland said (My first thought: What a great feature story idea, if we could manage to track him down).

Commercial lenders in attendance also learned about the significance of their role in the credit union industry – Hyland explained that from their inception, credit unions focused on helping local business owners thrive. And she emphasized that for credit unions, providing financial services to business owners should often mean putting the member first and taking a chance. “You shouldn’t have a CAMEL 1 rating,” she said. “That means you’re not taking enough risk to serve your members.”

I know you’re sick of hearing about millennials, so I promise to keep this short. In the keynote “Business Banking for Millennials,” Q2 Digital Banking Strategist Barret Howell, a millennial himself, advised attendees on “how to engage this powerful generation of entrepreneurs.” He covered the mobile banking basics that most of us already know (millennials are always on their phones, so you’d better make sure your digital banking strategy is top-notch), and made a few alarming points that no doubt made some attendees wonder if millennials should be running businesses at all.

First, he said, their financial literacy skills pretty much suck: 76% of millennials can’t pass a five-question financial literacy quiz, 57% find it “really difficult” not to overspend, and 25% have missed a bill or been contacted by a creditor due to late payments. Second, most millennials (68%) are customers of a big bank; only 15% are credit union members. This is very hypocritical, Howell said, because at the same time, most millennials will choose the independent coffee shop and farm-to-table restaurant over Starbucks and Chili’s. “Why aren’t we banking local if we love local things?” he asked.

Howell concluded with an interesting suggestion in response to a question from Middleman about how credit unions should go about servicing millennial business owners, who might find the traditional business lending process cumbersome. His idea: Put your loan officer in a branded car, and have them go to the millennial. This way, the young entrepreneur won’t be burdened with the less-than-appealing task of bringing a big stack of documents into a branch to open a business account.

Like many of you, I post fairly regularly on social media, and it can be easy to fall into “show off” mode. When all you see are shots of exotic travel destinations, “perfect” relationships or families, or major career successes, it’s natural to begin posting content that you secretly hope will make others feel a pang of envy. But is that the best way to build relationships and make genuine connections online? Nope, not at all.

In the opening keynote, “The Connector’s Way: Building Business One Relationship at a Time,” The Galvanizing Group’s Patrick Galvin said one line that made me think hard about how I, and many others, might be coming off to followers online: “Be more interested, not more interesting.”

So, instead of focusing all your personal social media efforts on becoming the most stylish or well-traveled person around, channel those efforts into asking more questions about online friends’ activities. This concept can be applied in real life too, for example by becoming a better listener instead of thinking about what you’re going to say next in a conversation. I’ve been keeping these thoughts in mind ever since Galvin’s talk – and hopefully those of you looking to reinvent your persona, both online and off, will too.

Natasha Chilingerian is managing editor for CU Times. She can be reached at nchilingerian@cutimes.com.

Natasha has served as managing editor for CU Times since March 2015. She also served as a communications specialist for Xceed Financial Credit Union in Los Angeles from 2013-2015, and as a CU Times freelancer from 2011-2013. She has been a professional writer for more than 13 years, specializing in news and lifestyle journalism as well as marketing copywriting for companies in the finance and technology space.

And Now … a Fake Awards Show 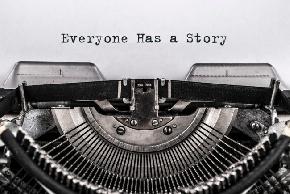 The NCUA’s Next Chapter?

Who is Trump's new NCUA Board nominee, Kyle Hauptman? Here's what we know so far.

7 Ways to Join the Fight for Racial Equality