Air Supply, Eight is Enough and GAC – all crowd-pleasers and some good drama and surprise guests. But are these just empty calories?

The following are true late 1970s and early 1980s references. And for that, I half-apologize.

“Hello, Fayetteville!” There’s nothing like growing up in rural Arkansas and having the lead singer of Air Supply say the name of a town that you live in or live near. Wow, how cool is that for 1981 me? Sure, they sang “I’m All Out of Love” and all of the other insanely popular and quite awful songs at the time. But it was the “Hello, Fayetteville!” said in a loud Australian voice that stuck with me, along with the extremely loud reaction roar of the concert crowd at the University of Arkansas experiencing the same “Hey-they-said-the-town-name-that-we’re-in-right-now” excitement. After that, it was just a show with some short guy singing and a taller guy with feathered hair playing guitar. 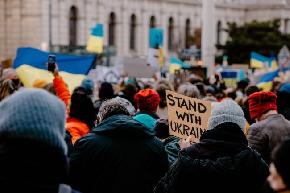