By Peter Westerman | February 26, 2014 at 07:00 PM | The original version of this story was published on Credit Union Times Magazine
X

Last year’s card security breaches at Target and other retailers have forced community banks to reissue more than four million debit and credit cards at a cost of $40 million, according to the Independent Community Bankers of America.

The association claimed that banks’ quick decision to close and reissue debit and credit cards significantly cut their fraud losses, as fewer than 1% of community bank depositors reported losses from fraud on their accounts so far. 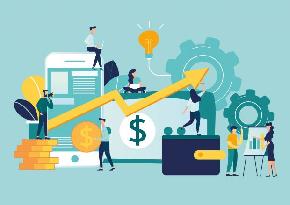 CU Railz is the CUSO of Payrailz, a digital payments company serving banks and credit unions.

Learn how to expand your CU’s mortgage ecosystem through integrations and discover proprietary insights from Aite Group in this white paper.

Whether you want to add new digital channels or get the most from channels you’ve already deployed, this ebook details 5 steps you can take on your journey to master digital engagement and ensure your CU is prepared for the future.