Warren first broached the subject in an April 24 letter to Federal Housing Finance Agency Acting Director Edward DeMarco in which she questioned an $8.5 billion line of credit from the FHLB of Des Moines, Iowa, to Sallie Mae.

The demise of Community Owned FCU began in 2019 when it met Vincent Terry, who is now asserting his Fifth Amendment rights.

Total investments decline 0.4% from March to June and equal $699.9 billion at quarter-end. 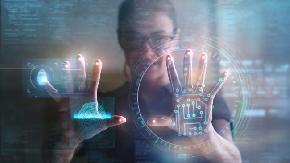