While some believe the overall financial condition of the credit union industry has improved since a near collapse several years ago, the number of credit unions considered for conservatorship is still high.

While some believe the overall financial condition of the credit union industry has improved since a near collapse several years ago, the number of credit unions considered for conservatorship is still high. The NCUA reports that more than 15% of federally insured credit union assets are troubled. In an economic climate that is yielding diminished margins for credit unions, it is not too far-fetched to believe that the balance sheets of many of these institutions could slowly bleed out if they do not embrace change.

A slowdown in loans, a major source of revenue for credit unions, coupled with historically low interest rates are putting unprecedented pressure on credit unions to sustain their profit margins and to effectively maintain membership benefits. This has put institutions in the tenuous position of deciding whether to take on greater investment risks in search of higher returns to compensate for lost fee revenues. Further squeezing credit union balance sheets are the growing costs related to the regulatory oversight of the industry that emerged during the economic downturn. 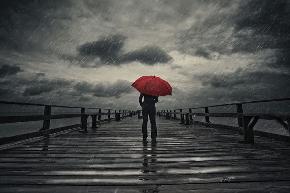 More than 90% of midsize company leaders say their businesses were experiencing challenges because of inflation.