LAS VEGAS The stated theme of this years California/Nevada Credit Union Leagues annual meeting was right here, right nowbut the sense in the halls of the Mirage where the event was held was more poignant. That sense was simply that the credit unions in these two states, both devastated...

LAS VEGAS — The stated theme of this year’s California/Nevada Credit Union Leagues’ annual meeting was “right here, right now”—but the sense in the halls of the Mirage where the event was held was more poignant. That sense was simply that the credit unions in these two states, both devastated by the recession and an especially sharp real estate downturn, are still alive and can finally begin to believe they have entered a period of recovery.

California and Nevada Credit Union Leagues CEO Diana Dykstra said as much in her opening remarks. “Credit unions have changed a lot during and after this economic crisis. We had to do better and different and that meant we had to change,” said Dykstra, who added that under her leadership she has put a primacy on listening to members. 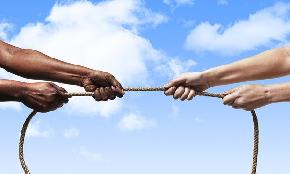