I know what Im talking about at least half the time: my 2011 predictions were hit and miss.

I know what I’m talking about at least half the time: my 2011 predictions were hit and miss. Like any other industry observer, they’re all educated guesses, and we’re even asked to speak about what we foresee. As the late Red Skelton is often credited with saying, “Give the people what they want.”

The most far-reaching news story for 2011 was Bank Transfer Day and the public awareness opportunity it afforded credit unions. No one could have seen that coming. Once Credit Union Times got wind of it, we recognized the impact it could have and covered it like snow on Christmas. 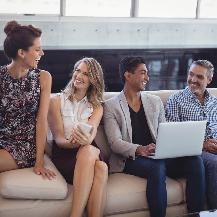