By Lindsey Siegriest | January 05, 2010 at 07:00 PM | The original version of this story was published on Credit Union Times Magazine
X

Municipal Credit Union helped New York’s bravest turn up the heat by sponsoring The New York Daily News “5 Alarm Cook Off” competition for New York City Firefighters.Each New York City borough had its own competition, with the winners going on to compete against other borough’s on “The Rachel Ray Show.” Food network personalities Sissy Biggers, known for the show “Ready, Set Cook” and Amanda Freitag from “America’s Next Iron Chef” hosted the five borough-wide competitions. Over 60 firefighters submitted recipes to be a part of the competition and contestants had an hour to prepare and present their meals. The competitions were judged by local chefs, restaurant owners and representatives from Municipal CU.Each borough winner received a 52-inch flat-screen television for his firehouse.The competition recipes included meals like flank steak pinwheels with a teriyaki ginger glaze from Jimmy Lowe in the Bronx, pan-seared scallop and shrimp Asian spring rolls from Steve Brunner in Manhattan, pork meatloaf with pineapple topping from John Sierp in Brooklyn, jumbo shrimp a la Terry Diablo named after firefighter Terry Farrell who died on 9/11 from Keith Young in Queens and chipotle jambalaya from Sal DePaola from Staten Island.DePaola was crowned the winner on Ray’s show and received a new kitchen full of gourmet appliances for his firehouse. Also, all of the finalists were given a complete set of Rachel Ray cookware.“Sponsoring the competition was a natural fit for us because the FDNY is one of our biggest SEG groups,” said Geraldine Light, vice president public relations and corporate communications. “It was so different from other events, and it was great being involved in something that is just fun.”With 20-30 different editorial pieces printed and online in the Daily Newsm Municipal gained a significant amount of press from the event, and Light said it brought the credit union closer with the FDNY. Municipal employees that served as judges at the competitions were quoted in the articles about their thoughts on the meals and why they selected the winning recipes.“The FDNY puts their lives on the line for New York City everyday, and it was wonderful to see these guys having fun, not just racing off to rescue in some disaster. They were creative and cooking up some great food. I was truly impressed with all of the dishes,” said Ken Currey, vice president of business development who served as one of the judges in the Manhattan competition.Light said sponsoring the event is definitely something the credit union is planning on doing again next year and that the firefighters said that they are looking forward to participating every year.–[email protected] 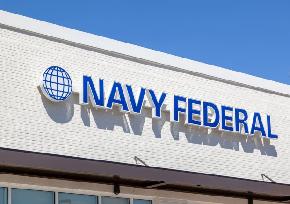