Marketers Advised to Toss Out The "Old"

NEW YORK - The latest "bad" word doesn't have four letters but only three -O-L-D. Surprising recent statistics show that maturity is in. Don't even think about calling these consumers over the age of 50 old. According to RoperASW research, the older mature consumers get, the higher they set the...

By Staff Writer | December 10, 2002 at 07:00 PM | The original version of this story was published on Credit Union Times Magazine
X

NEW YORK – The latest “bad” word doesn’t have four letters but only three -O-L-D. Surprising recent statistics show that maturity is in. Don’t even think about calling these consumers over the age of 50 old. According to RoperASW research, the older mature consumers get, the higher they set the bar on what they consider “old age” to be. Marketing experts say that the old rules of branding and loyalty based on age alone no longer applies. Consider these facts: Consumers over the age of 50 represent 28% of the United States population The Census Bureau predicts this group will increase to 36% by the year 2020 This group wields $1.7 trillion in annual buying power and account for 48% of luxury auto sales and 41% of all new car and truck sales. Despite these numbers, the Center for Mature Consumer Studies finds that three of four mature consumers feel ignored by marketers. In addition, 31% report they avoid those products/services that they believe plays up stereotypes in advertising. So who is the mature member? According to studies by marketing research firm J. Walter Thompson’s Mature Market Group and Seniors Research Group, the best way to reach these consumers is to segment by life values rather than age. Here is a brief breakdown : “Value Portraits” of consumers age 45-61: Status Seekers- They want it all, even if it means cutting ethical corners. Usually one paycheck from disaster. Anxious Achievers – Money is their shield against a dangerous and unpredictable world. They worry about national security, not diversity and social justice. Woeful Worriers II- They watch late-night TV alone and wonder where it all went wrong. Worried about health and finances, they see life as a struggle they’re destined to lose. Intense Individualists II- Self-reliant achievers who set their own course. Have little loyalty to others. Key stats: 30% read newspaper business sections- more than any other group. Happy Helpers – Upbeat and positive, they focus more on being great parents and grandparents and less on health, finances or trappings of wealth. Educated Aficionados- Upscale, educated and traveled, but passionate about social justice. Modern Moralists- They put good works ahead of good times and attend church. Low-energy Loners- Primarily unmarried or divorced males. This low-income group believes they had a shot at life and blew it. Isolated, depressed and angry. Aloof Affluents- Natural supervisors and workaholics who respect no authority but their own. Quick to accuse others of hypocrisy. Flattery is best approach. “Value Portraits” for consumers age 62+ True-blue Believers- Fulfilled and happy, they don’t have anything to prove, and appeals to status won’t work. Hearth and Homemakers- Family and friends are their lives. They respect authority – a key to reaching them. Woeful Worriers- Children of the Great Depression who have never recovered. They clip coupons and turn the heat down. In-charge Intellectuals- Consumers of luxury goods, they write articles, not just read them. A natural target for retirement plans and the new thing. Liberal Loners- Like causes; hate people. Fit “bleeding heart” stereotype, but mostly help selves. Source: Mature Market Group and Seniors Research Group 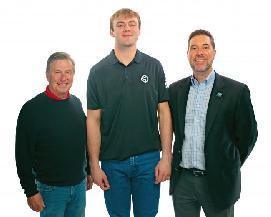