Agents of Their Own Success: Channeling Private Capital to Promote Financial Inclusion

Securitization and expansion of credit scoring can help CDFIs strengthen a community from within.

There are 45 million Americans who do not have access to credit and are disenfranchised from today’s financial economy. Those excluded are more likely to come from historically marginalized groups – Black, Hispanic, Native American and low-income households – and reside in communities that are financial deserts not served by traditional financial institutions.

Since these households are likely to be invisible to the national credit rating agencies, lenders are much less willing to extend credit, keeping these households on the periphery of the traditional financial economy. These households find themselves blocked from established paths of wealth-building as they find it difficult, if not impossible, to finance some of life’s biggest goals – education, car purchases, starting a business, buying a home.

Rolling Out Return-to Office Plans? What to Consider Before Making it a Mandate

Actions that organizations could take to smooth the transition to a new normal of mixed remote, hybrid and non-remote working. 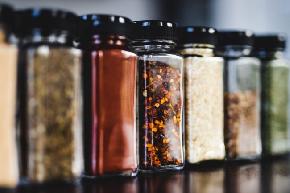