The rule, when finalized, will be the beginning of serious and focused internal examination at the NCUA.

In the next several months it is quite possible that the NCUA board will be taking final action on its December 2020 proposed rule to consider shared branching and ATMs as credit union service facilities for field of membership purposes. This action is long overdue and, frankly, should have been done 20 years ago when I was at the NCUA. If the Credit Union Membership Access Act had been more mature and technology had become the leading means of access for most credit union members as much then as it is today, I believe we would have made this move during my NCUA tenure. I wish we had stepped out to do so nonetheless based upon the technological delivery of services we were seeing at the time. Credit unions would have been much more competitive and, with the ability to compete in a dynamically changing marketplace, even safer and sounder than they are already today. Mea culpa on that missed opportunity.

However, even though it is perhaps a couple of decades late, this is a good proposed rule. And I must say that I strongly hope this is only the beginning of a true modernization of the agency’s view of today’s financial service delivery system and how they recognize them as indicators of consumer access. Even though this proposal seems to many as perhaps 20 years past its prime, since ATMs matured in the financial marketplace during the 1970s and shared branching matured in the 1990s, it is undoubtedly a major step forward from the NCUA’s perspective. Nonetheless, I think we must be realistic and consider that – even with these changes – members are still required to physically go to an actual branch, an ATM or a shared branch to be considered by their chief federal regulator as utilizing a service facility of his or her credit union.

6 Strategic Imperatives for Credit Unions in a Digital-First World

Moving to the cloud, offering digital account opening and leveraging data are a few ways CUs can remain competitive. 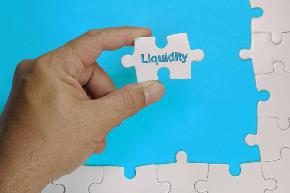 How Mispriced Loans Are Fueling a Liquidity Crisis

A disciplined approach to pricing loans is vital for the sustainability of your CU, especially amid potential recession worries.