Career Moves Revealed at 10 CUs, Emergifi & the Iowa League

John Zmolek, CEO of the $689.9 million, Seattle-based Verity Credit Union, will retire on April 14 after seven years as Verity’s CEO. Zmolek spent 31 years with Verity, first as a board member and then in several different executive roles before being named CEO in 2014. As CEO, Zmolek targeted lending programs that have a positive impact on the environment, affordable housing and serving the underserved. He also led Verity as it became one of only 11 financial institutions in the U.S. and 65 in the world to join the Global Alliance for Banking on Values. Zmolek currently serves on the GSBA Advisory Board, is the vice chair of Business Impact Northwest, is on the board of YouthCare, and is a trustee and chair of the Staff Parish Relationship Committee with Wallingford United Methodist Church. 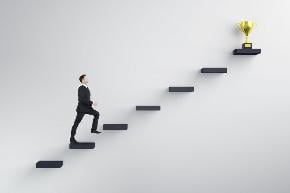 CUBG CEO Larry Middleman announces his retirement, and CU CEOs in California and Texas take on board leadership positions.