CUNA and NAFCU leaders ask for changes they see as needed to help credit unions ride out this crisis.

The two major national trade groups are calling for immediate regulatory and legislative changes they said are needed to give them the leeway to serve credit union members during the coronavirus crisis.

In a letter to President Trump, CUNA President/CEO Jim Nussle said the moves are needed “given the severity of the crisis and the need for quick action by your administration, the various independent agencies and the Congress.”

“Credit unions have a long track record of providing provident credit to members during times of uncertainty,” NAFCU President/CEO B. Dan Berger wrote in his own letter. “However, as noted … outdated provisions in the [Federal Credit Union] Act sometimes hamper those efforts.”

Banking trade groups and representatives of major banks last week met with Trump to discuss the response to the coronavirus. However, credit unions were not in that session.

The administration and Congress are negotiating over economic assistance plans they said will cost hundreds of billions of dollars.

And at the same time CUNA and NAFCU are asking for regulatory changes, House Financial Services Chairwoman Maxine Waters (D-Calif.) and some consumer advocates are warning groups not to take advantage of the health crisis to push for a long list of regulatory and legislative changes.

“While our federal regulators, agencies and financial institutions must take action to protect consumers and our economy, I must emphasize that it is unacceptable to use this crisis as an excuse to justify rollbacks of important financial regulations that are in place to protect our financial system and economy,” Waters said.

And Americans for Financial Reform warned policymakers not to “go along with Wall Street demands for the same old deregulation.”

The group added that financial institutions have a long list of preferred deregulatory measures they have pushed during good economic times and bad times.

Among other requests, Nussle, in his letter, asked for:

In his letter, Berger said, among other things, that: 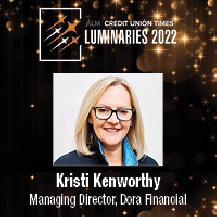