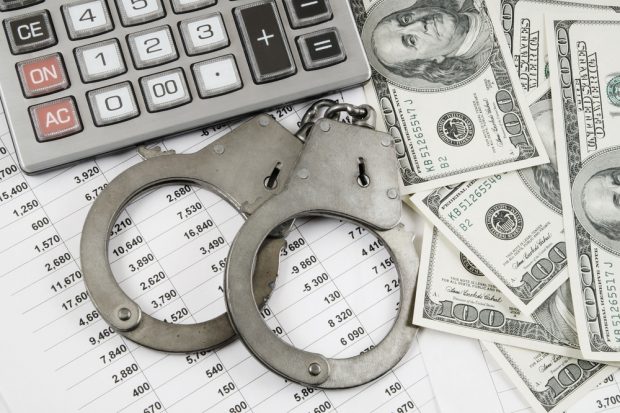 U.S. District Judge David S. Cercone in Erie, Pa.  sentenced Doherty Kushimo, 56, of Providence, R.I. to eight years in federal prison on Sept. 18. Earlier this year, he pleaded guilty to conspiracy to commit wire fraud and aggravated identify theft. He was ordered to pay $335,725 in restitution.

Kushimo was sentenced in Erie because in 2012 the $302 million Widget Financial Federal Credit Union reported to the FBI that there were accounts opened by a person living outside of Pennsylvania and that each account application contained stolen identify information, including names, Social Security numbers, dates of birth and telephone numbers. Federal investigators determined Kushimo opened some of those accounts.

Patty Mavrakis allegedly sets fire to a branch vault to conceal a theft of more than $340,000.