The new record comes on the heels of other signs consumers are finally shrugging off a recession hangover.

Almost a decade after the average FICO score hit a low of 686 in the aftermath of the Great Recession, the number is at its highest point ever, 704. The new record marks an eight-year streak of increases, trailing America’s recovery from its financial near-death experience.

Fueling the rise is the fact that fewer consumers have truly horrible scores (less than 550) that could drag the average down. In the last year, the percentage of Americans with one or more collection accounts on their file has fallen to 23% from 25.8%. Since payment history makes up 35% of a FICO score, the drop in delinquencies has more people moving on up into the 650 to 699 range. At the other end of the spectrum, more Americans have ascended to the “super-prime” club. Consumers with FICO scores of 800 or more are almost 22% of the FICO score population, up from 20.6 percent a year ago. That same reading was closer to 18% during the worst of the financial crisis, said Ethan Dornhelm, vice president of scores and analytics at FICO.

CUs Maintain Momentum in October With More Record Growth

CUNA data shows this year’s record growth continued, despite warnings of a recession.

Commercial real estate production rises at VyStar and other credit unions so far this year. 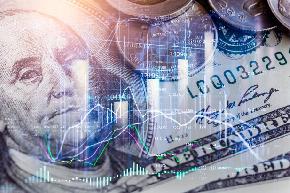