A new disruption is coming to the financial industry.

Tech-focused startups are knocking on the door of a $15 billion industry that’s dominated by just four companies: Title insurance.

A California regulator announced Tuesday that, for the first time, it gave approval to a tech-focused startup title insurer to operate in the biggest U.S. state by population. States Title Inc. joins newcomers including OneTitle National Guaranty Co. and Spruce Holdings Inc. that have gained footholds in other U.S. regions to enter the complex and closely regulated world of title insurance.

Geoff Johnson will take over for Randy Karnes next month.

The CUSO’s digital banking company, Lumin Digital, will receive the new investment over the next few years. 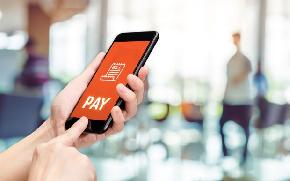