Housing Is Back, But the American Dream Isn’t

Most generations are going into greater debt just to get on the ground floor of the American dream. 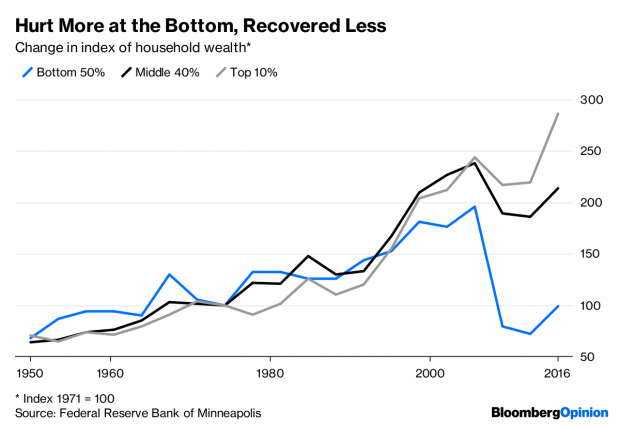 The housing market has made a remarkable — if partial — recovery since the disaster that befell it 10 years ago. In the years since the crisis, the market has recouped about two-thirds of the value it lost in the crash:

But unlike in the early 2000s, when housing became a vehicle for broad-based middle-class wealth, today’s bull market is shutting out many lower-earning and younger Americans. This is partly because of policy choices. But it also illustrates some of the pitfalls of relying on housing as the pillar supporting a country’s middle class.

Traditionally, homeownership has been the most reliable path to building wealth in the U.S. Lower- and middle-income Americans tend not to own a lot of stocks — instead, they keep most of their wealth in their houses: