U.S. Car Sales Are Expected to Fall to Recession Levels

Latest data shows that SUV sales are doing well, while other automobile sales are plunging.

With sport utility vehicles taking over American roads, passenger cars are in rapid decline. Sales of sedans, coupes and sports cars are on pace for their worst year since 2009, the year when industrywide new-vehicle deliveries plunged to a three-decade low and GM and Chrysler went through bankruptcy.

U.S. passenger car sales fell to a low of 5.4 million in 2009 before bouncing back to 7.6 million by 2014, according to data from Erich Merkle, Ford Motor Co.’s U.S. sales analyst. Since then, though, deliveries have dropped back to 6.1 million in 2017 and are on pace this year to finish around 5.4 million again. SUVs first supplanted cars in 2016 and are on track to reach a record 8.3 million this year. 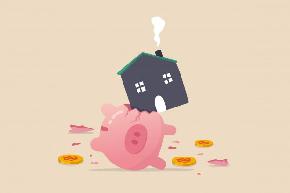