Most CUs, leagues, industry leaders and other organizations oppose the NCUA's proposed merger rule changes.

Among the 81 cooperative organizations and individuals who submitted response letters to the federal agency’s call for comments, 51 said they mostly oppose the federal agency’s proposals – although well intended – that would require more transparency, more information and more communication for members about merger deals. Opponents argue there is rare or little evidence to support one of the central issues that continuing credit unions are looking to influence merging credit unions by making big payouts to executives to support the consolidation of their federal credit union. 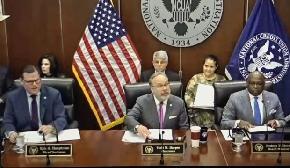 For the first time in more than two years, board members hold an in-person meeting.