The $722 million Altura Credit Union, headquartered in Riverside, Calif., will close four branches and lay off 11% of its workforce.

By David Morrison | April 20, 2011 at 08:00 PM | The original version of this story was published on Credit Union Times Magazine
X

The $722 million Altura Credit Union, headquartered in Riverside, Calif., will close four branches and lay off 11% of its workforce, according to the CU.

In a letter on its website, Altura CEO Mark Hawkins said the four branches due for closing are the most recent ones opened. Hawkins blamed the ongoing bad economy, which he said had improved but not enough. 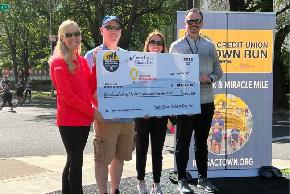 Plus, CUs give books to kids, pack meals for Ukrainians, and support a food bank and pancreatic cancer patients.