Becker Urges CUs to Capture Opportunities Offered by Crisis

NATIONAL HARBOR, Md. -- Noting that in Chinese the characters for opportunity and crisis are the same, NAFCU President Fred Becker used his annual address to urge

NATIONAL HARBOR, Md. — Noting that in Chinese the characters for opportunity and crisis are the same, NAFCU President Fred Becker used his annual address to urge credit union leaders and volunteers to use the recession as a chance to innovate and capture more of the financial services market share.

He conceded that the “breadth and depth and scope [of the downturn] has truly been staggering” but noted that the credit union movement used other periods of economic difficulties, such as the Great Depression, to strengthen its position. 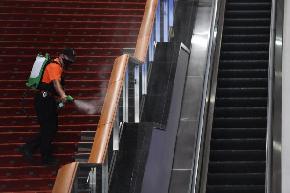