By Peter Westerman | April 21, 2009 at 08:00 PM | The original version of this story was published on Credit Union Times Magazine
X

SOUTHGrow Financial Federal Credit Union, Tampa, Fla., announced that Jeff Merwin has joined the credit union as vice president/retail operations. In his new position Jeff will be responsible for the management of all 18 branches throughout the Tampa area. Jeff brings an extensive financial services background with him to the credit union.

SAFE Federal Credit Union, Sumter, S.C., announced the re-election of three incumbents to its board of directors. The incumbents, Vern Disney, James King and R.G. Reynolds will all serve another three-year term. The SAFE Board also elected officers for the 2009-2010 year. Kay Oldhouser-Davis was elected chairperson, Kenneth PriVette was named vice chairman, Helen Smith was named secretary and Vern Disney was selected treasurer. 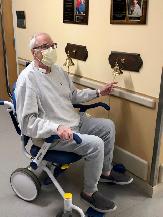 Walorski, who was considered a strong credit union supporter, dies in a car crash along with two staff members.