WASHINGTON -- What does Martin Eakes, CEO of the $301 million Self-Help Credit Union, have in common award-winning actress Glenn Close and music pr

WASHINGTON — What does Martin Eakes, CEO of the $301 million Self-Help Credit Union, have in common award-winning actress Glenn Close and music producer Quincy Jones? They are among this year’s 10 Inspire Award winners from the AARP. “If I have a choice between making a loan to a rich person or one to a poor person, solely on grounds of credit risk, I’ll pick a poor person every time,” Eakes told the association. “They simply take care of their debts better.” The association’s magazine reported that since Eakes started Self-Help in 1984, it has provided more than $5.24 billion in financing to 60,130 homebuyers, small businesses and nonprofits. It also took note of the fight that began in 1999 as Eakes helped lead the effort against payday lenders in North Carolina as well as his early 2002, warning to federal legislators that corrupt financial practices had set the scene for a massive wave of foreclosures. “He’s now battling to make sure that the Great Subprime Meltdown doesn’t further victimize the most vulnerable,” the magazine said, quoting him: ‘We’ve got proof that families of limited financial means will be incredibly great borrowers if given the chance. And there’s no one who can convince me otherwise.” –[email protected] 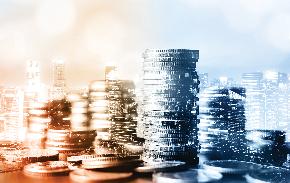 Why Deliberate Pricing & Efficiency Are Key to Future Lending

A unique lending environment juxtaposed by trends such as automation and AI presents challenges and opportunities for CUs.