The results of the latest Credit Union Times online voting poll showed that in a time where consolidation and mergers between large healthy credit unions are becoming more popular there is a divide in the community as to whether or not these mergers are good for the industry.Credit Union Times...

By Staff Writer | July 08, 2008 at 08:00 PM | The original version of this story was published on Credit Union Times Magazine
X

Updates to Federal Credit Union Act Introduced in Both Houses

Officials believe these updates "will help protect credit unions and their members from abusive, fraudulent and criminal activity." 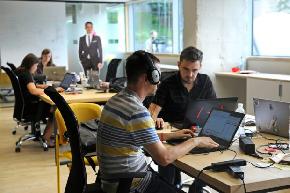 Organizers say this event is like a hackathon, but with cooperative principles.

Arm your credit union with a plan designed around industry expert tips and best practices to successfully convert to a new business banking solution.

Making Cents Out of Data: Mortgage Insights and More

Big data is generated every second of every day, including at your own institution. Gain insights in this on-demand webinar on how to turn that data into valuable information that will propel your CU ahead of the competition.

Discover how your credit union can spot the opportunity in Commercial and Industrial (C&I) lending, and the trends impacting this landscape in 2020.