Despite Successful Array of Mortgage Offerings, SECU Expands its Menu

RALEIGH, N.C. - Being one of the leading credit union mortgage lenders in the U.S. hasn't stopped State Employees' CU from making widespread changes to its mortgage lending programs since the beginning of the year. In fact, hard as it may be to believe that a credit union that originated...

By Staff Writer | June 14, 2005 at 08:00 PM | The original version of this story was published on Credit Union Times Magazine
X

RALEIGH, N.C. – Being one of the leading credit union mortgage lenders in the U.S. hasn’t stopped State Employees’ CU from making widespread changes to its mortgage lending programs since the beginning of the year. In fact, hard as it may be to believe that a credit union that originated almost $1.9 billion in mortgages in 2004 and has $6.7 billion outstanding in first mortgage loans, needs to “overhaul” its mortgage products, but that’s just what the $12 billion SECU has been doing to make financing a home even easier for the credit union’s more than one million members. “We’re constantly looking for ways to improve the service levels for our members,” says SECU SVP Loan Administration Phil Greer, who explained that the changes came about through meetings he had with senior managers of SECU’s branches to learn what they’d been hearing from members about the credit union’s mortgage products and what they knew about other lenders’ services. “We wanted to know what changes we could make that would have a positive impact on the volume and delivery of mortgage services to our members,” says Greer. “We determined from competitive information and our member services forces that this was where we wanted to be with our mortgage products.” The SECU executive also emphasized that the changes had little to do with the credit union’s mortgage technology SECU didn’t waste any time getting started making the changes it felt were necessary. Phase one, begun in February, reduced origination fees on SECU’s 2-year adjustable rate mortgages to 0.5% with a cap of $750 – prior to the change the origination fee was 0.75% of the balance on the loan. In addition, origination fees were completely eliminated for the First Time Homebuyer mortgage and the State and Teachers Adjustable Rate (STAR) mortgage available to new employees of North Carolina state agencies and public school systems or current employees relocating to accept another position with the State or public school system. The two programs allow up to 100% financing of the purchase price plus an additional $1,000 for closing costs which Greer notes was already “dramatically” reduced by SECU eliminating the origination fees.. Other enhancements included the elimination of flood determination fees which further reduced the amount needed for closing costs and an increase in the amount members can borrow on a 100% loan-to-value 2-year ARM loan for a primary residence to $375,000 from $350,000 for properties in subdivision settings and excluding rural homes. In addition, for loans in excess of 90% loan-to-value, SECU reduced the margin above the index that will be applicable to a 3% margin above the index, “so in the future the members will have lower interest rate adjustments than they would have had otherwise,” says Greer. In April, SECU expanded the scope of its 100% LTV lending program for the purchase of a home or refinance of an existing loan to include all SECU members, not just first-time homebuyers. These loans, however, do require the member pay an origination fee. “We have many members who have taken out loans with other lenders in excess of 95% loan-to-value and then want to refinance with us, so we’ve made it possible for them to do that with us through the 100% refinance product,” says Greer, adding that there is no cash out option with this product. Greer explained that what SECU knows about competitive lenders’ mortgage products has a lot to do with what it sees in their advertisements and what the CU’s members tell loan officers. “Our members shop around a lot for loans and volunteer information to us saying things like, `I went to ABC lender down the street. Here’s what they offered me, now what can you do for me?’” Greer added that, “it’s appropriate for members to shop around for loans. They should always do that and make an educated decision on the loan they’re going to obtain. Hopefully, of course, that will mean they’ll get their loan from us.” Looking ahead for the rest of 2005, Greer says SECU is very close to saving its members additional money on closing costs by closing first mortgage refinance applications in its branch network. He explained that until now the credit union has closed them the way they’re typically done in North Carolina – with the borrower’s attorney – “but now we’ll be able to save them that expense.” Greer explained that will be permissible as long as the CU doesn’t practice law in the process. By that, he said, the credit union won’t be able to answer any legal questions from a member. Greer said he’s not too concerned about seeing the much talked about housing bubble in North Carolina. Compared to other states like Florida and California where home prices have skyrocketed, he said the rate of appreciation of home values in North Carolina has been “reasonable and pretty stable.” “We were able to make many of the changes we did in our mortgage offerings because of the stability of home values we continue to enjoy in North Carolina,” he says. [email protected] 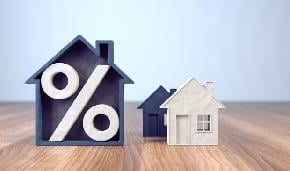