Fed Describes Economy as ‘Strong’ for the First Time Since 2006 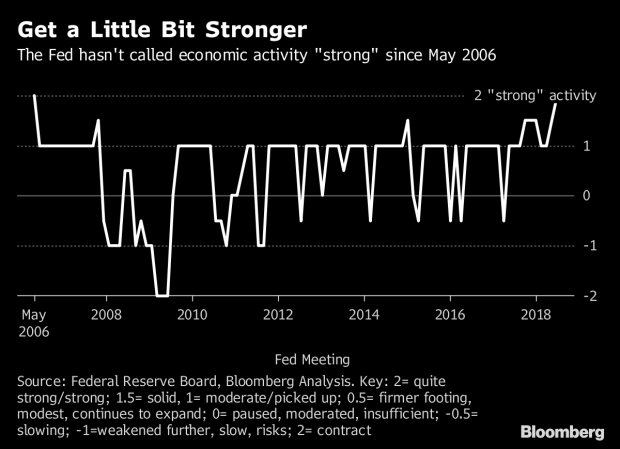 So long, modest, moderate and solid. Strength is making a comeback.

The Federal Reserve described economic activity as “strong” in Wednesday’s statement, the first time it’s done so since it called it “quite strong” in May 2006 — in the late stages of the last economic expansion, shortly before the housing market drove the economy into meltdown. Morgan Stanley highlighted the change in a research note.

If regulators approve the proposed deal, it will increase Harvesters CU’s assets from $274 million to $490 million.