The bill would give the NCUA the ability to adjust capital requirements when necessary.

“This bill represents a way forward on risk-based capital that we believe can get Congressional support,” said incoming NAFCU President/CEO Dan Berger.

CUNA President/CEO Bill Cheney said in a letter to Miller following the bill’s introduction that the current credit union capital regime was imposed on credit unions in 1998, and it includes leverage ratios and other restrictions that are hardwired into the statute.

“There are many lessons to learn from the 2008-2012 banking crisis, including the importance of capital and the importance of having regulators equipped to respond to crisis,” he said. “Your legislation would amplify the NCUA’s authority to implement a risk-based capital regime and provide NCUA the flexibility to adjust leverage requirements.”

The bill would also give the NCUA the ability to adjust capital requirements when necessary, Cheney said.

“The authority proposed by your legislation is designed to produce capital rules similar to those that small banks in the United States must follow,” he said.

The bill also included additional directives for the NCUA, including the ability to appropriately modify CFPB regulations effecting credit unions, provide deposit insurance coverage on Interest on Lawyers Trust Accounts, grant federal credit unions a waiver to follow state regulations in some situations, and require both the NCUA and CFPB to review cost-benefit analysis of rules three years after they go into effect.

The legislation would also direct the Government Accountability Office to study the need for improvements and modernization of the Central Liquidity Facility.

“As the credit union system and its regulatory regime have evolved, the CLF has not proved to be essential to natural person credit unions in dealing with their own liquidity needs,” Cheney said. “Nevertheless, as we saw during the financial crisis, a facility that permits the NCUA and/or the NCUSIF to borrow from the federal government during stressful times is essential. Therefore, an examination of how the CLF might be modernized with the goal of meeting system liquidity needs into the future is appropriate.”

As expected, the bill did not include any provisions related to member business lending or supplemental capital. Those issues have already been addressed by two separate bills introduced earlier this year.

“With member business lending addressed as part of H.R. 688, the ‘Credit Union Small Business Jobs Creation Act,’ and supplemental capital addressed in H.R. 719, the ‘Capital Access for Small Businesses and Jobs Act,’ this bill becomes the third major credit union specific proposal from our five-point plan for credit union regulatory relief to be offered in the House this Congress. We are pleased that the concept of regulatory relief for credit unions continues to gain Congressional support,” said NAFCU Vice President of Legislative Affairs Brad Thaler, 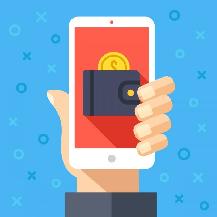 “That volume alone tells us that payments can be one of the credit union’s most powerful drivers of revenue and membership growth." 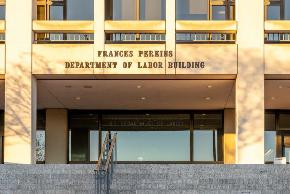 In 2015, the employee "expressed dissatisfaction with some of UFFCU’s internal procedures, and he considered them inadequate," according to court documents.

The news includes the passing of the torch from a retiring executive director to her successor at a Pennsylvania CU’s charitable arm.