Boehner first addressed CUNA’s GAC in 2011, and is one of two sitting Speakers of the House to address the conference.  Newt Gingrich spoke at GAC in February 1998, which was the same year he introduced H.R. 1151, the Credit Union Membership Access Act.

“We are very honored to again have Speaker Boehner join us at the GAC,” said CUNA President/CEO Bill Cheney said. “We know he has a full agenda in the House with debt ceiling, sequestration and government funding measures all coming to the fore near the time of our conference. The Speaker’s acceptance of our invitation is indicative of his appreciation for all credit unions do to ably serve their members in Ohio and nationwide.”

More congressional and regulatory speakers will be announced in coming weeks. CUNA said.

Credit Unions Say They Can Make Paycheck Protection Loans, But Can’t Get Them

Credit union trade groups believe the problem is that the law uses a definition of nonprofit organization that may not include CUs. 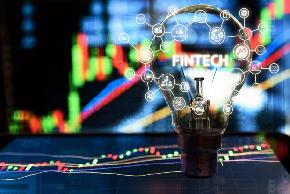 Fintechs Step Up to Help Financial Institutions During Pandemic

“Our data shows that the need for digital support has never been higher."