Spokesman for U.S. Rep. Dennis Ross says exemption should be in "maintain" and not "phase-out" part of the bill.

Eliminating the tax exemption for credit unions was mistakenly included in the House bill that contains the seven immediate reforms recommended by the National Commission on Fiscal Responsibility and Reform, its sponsoring congressman said Wednesday afternoon.

“We have been in direct contact with many leaders in the credit union industry to ensure them that Congressman Ross is working to correct this error and he pledges to address it with a manager’s amendment,” Foti said.

“Congressman Ross is a staunch supporter of the credit unions and will continue to be a leader on their behalf,” the spokesman said.

NAFCU returned the sentiment. “We thank the congressman for his quick response,” said Brad Thaler, the trade group’s vice president of legislative affairs. “His office was very quick to meet with us today when the language came out, and they’ve been very open about talking to us about the error. We appreciate his office talking to us and thank them for making this correction.”

He added, “Congressman Ross has been a big supporter of credit unions and continues to be.”

While the possibility has been regularly raised on Capitol Hill, this is the first time since the Reagan years that the credit union exemption has been specifically put on the table in a piece of legislation, observers said.

Also known informally as the Simpson-Bowles commission, the bi-partisan panel was created by President Obama in 2010 to study and propose ways to improve the nation’s fiscal health.

In this case, among a list of exemptions to be eliminated, H.R. 6474 currently states that it would eliminate the tax exemption in five equal steps over five years.

Ross introduced the bill on Sept. 20. It declared as its purpose: “To adopt the seven immediate reforms recommended by the National Commission on Fiscal Responsibility and Reform to reduce spending and make the Federal Government more efficient.”

Some of the other specific exemptions included in the measure include those for citizens living abroad, gross income of insurance contracts, interest on qualified veterans’ mortgage bonds, merchant marine capital construction, film and television productions and coal production.

The House bill was referred to the Committee on Ways and Means, the House document said, “in addition to the Committees on Oversight and Government Reform, House Administration, Rules, and the Budget, for a period to be subsequently determined by the Speaker, in each case for consideration of such provisions as fall within the jurisdiction of the committee concerned.”

The full text of the bill is available online.

After 22 Years, DeTuncq to Retire From UVA Community Credit Union

Alison DeTuncq says she will step down from her leadership position next year. 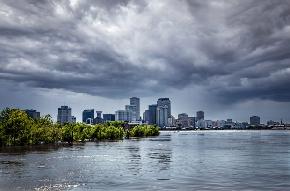