The American Bankers Association and America's Community Bankers wrote a joint letter to Treasury advocating for maintaining a separate Office of the Comptroller of the Currency and Office of Thrift Supervision at Treasury.

By Sarah Snell Cooke | July 17, 2007 at 08:00 PM | The original version of this story was published on Credit Union Times Magazine
X

WASHINGTON — The American Bankers Association and America’s Community Bankers wrote a joint letter to Treasury advocating for maintaining a separate Office of the Comptroller of the Currency and Office of Thrift Supervision at Treasury.

Treasury Secretary Henry Paulson recently announced that he would be looking to create some efficiencies among the banking regulators late last month. A Wall Street Journal article cited the possible combination of the bank and thrift regulatory agencies. It also said that Paulson has called the British single regulator model for financial services “interesting”, but probably not appropriate for the United States. 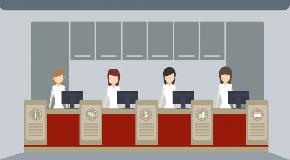